What does it mean to be your brothers keeper? Are we as humans accountable to each other? Should we feel a sense of responsibility when our neighbor is being harmed?

On April 24th, 2010, A homeless man who was stabbed while saving a woman from a knife-wielding attacker lay dying in a pool of his own blood for more than an hour while several New Yorkers walked past without calling for help. The video surveillance shows several people walking by him. One person took a picture of him with his phone while another shook him. Both walked away doing nothing. No one even bothered to call 911.

Stories like these are very common. In the sitcom Seinfeld, the cast goes to another state and sees someone in need of help, instead of assisting him, they laugh and even worse video record him struggling. Little did they know, in this particular state there were Bad Samaritan laws, in which it was a crime to not help your fellow man. Due to their inaction they were put on trial and jailed. In the real world it would not have happened like it did in Seinfeld. No one has ever been prosecuted under this law. But the thought of actually being punished for not assisting a person in need would be a huge step for society. There are states that have the Good Samaritan law in which you are not punished for trying to rescue and causing harm. This law is a form of protection for those who do decide to rescue. But unfortunately we live in a society where autonomy and predictability reign. 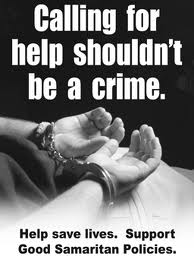 A society where the reasonable man standard prevails, where we know that the reasonable person is too coward to rescue. Most people would not help a person in need, most people are not aware of human suffering and most people do not care about a person’s dignity. We live in a world where if it does not benefit me, than I am not doing it. We cannot force people to do what the law does not require of them. For those who act morally, they are acting beyond the call of duty, as if what they are doing is so out of the box that they have to be specially recognized. If one thinks of the word hero, it means “a man of distinguished courage or ability, admired for his brave deeds and noble qualities.” In this society someone who simply performs a simple act of rescue is deemed a hero, someone with “noble qualities”, someone who is not the reasonable person, and because this person is not the reasonable person, society is able get off with no duty to rescue.

What happened to accountability for one another? What happened to being your brother’s keeper? What happened to this man was unacceptable. The man was homeless. He did not have to save that woman’s life. Even in his current state he still had dignity. He still understood the human condition. He knew what it meant to be accountable for is fellow man. It is sad to see the lack or respect people have for human life. All someone had to do was call 911, but that apparently was too much to ask.