Time… it is valuable. Once you lose it, it’s gone.  There is no getting it back.  I’m sure all of you are familiar with the saying “time is money”.  It’s true.  Time is money.  But as important as money is to me, time itself is more important. Sometimes I think we truly believe that we are invincible and that time will wait for us.  But as the saying goes, time waits for no man. Often times I sit back and reflect on how much time I wasted on stupid things, stupid people, and stupid situations.

Now that I am in my “thirty somethings”, I have made a conscious decision to stop wasting time and to stop having people waste my time. I swear it was just yesterday that I was 15 years old, and now 15 some odd years later, I am here, wondering where all of the time went.  I have come to the realization that although it is good to have such reflections, dwelling on these thoughts is futile. It only makes you more frustrated.  It is best to reflect and move on. You can’t turn back the hands of time.

We have all wasted precious time on dead-end career paths, meaningless fights with siblings, toxic relationships, and the list go on. We have wasted time trying to make toxic situations work. As a result, we have issued key cards to undeserving individuals, giving them full access to our mind and body. Certain relationships have left permanent scars on our hearts and souls.  These individuals should have never been given the time of day.  They should have never been given the opportunity to hurt us.  The hurt was a lesson, a painful one, but a lesson nonetheless.  The scars are reminders to never let it happen again, to be more vigilant and to be protective of ourselves.

With all of that being said, we have now entered into what has been called by the astrologers as “summer solstice”.   Translation, cuffing season is officially over and everyone is on the prowl, it’s hot as hell in these streets, suns out skins out.   During this season, people will actively seek to waste your time.  Beware of summer solstice, for it is not all fun and games.  Yes, the sun is shining bright, yes people will be in these streets half naked.  The sights will be delightful, but unless you are about that “wasting your time life” (which, if that was your summer goal, do not let me stop you), be careful.

Dating is tricky during this season and it is during summer solstice that your time may be wasted the most and in the worst way.   A few warnings:  If he sounds too good to be true, then it probably is too good to be true.  If you feel like he’s acting funny and things are not adding up, you’re probably not buggin out. Chances are you may have encountered a f*u@k boy.   If he is displaying narcissistic behavior, RUN, (Unless you are in need of material for your upcoming book or album).  I have met my fair share of narcissists.  They are super fun, super charismatic, but super dangerous, super evil and they will ruin your life in the end.   If you have met one of these Loch Ness monsters, I urge you to jump off that roller coaster ASAP Rocky.  You may break a few bones but at least you will have your life!

In essence, time is something that you cannot get back.  You cannot afford to waste it. I cannot stress that enough.  Sometimes we walk into situations knowing that it will be a waste of time.  We entertain people knowing full well that this situation is going nowhere fast.  But we always want to wait and see if there will be a different outcome.   Nine times out of ten, there will be no different outcome.

Time stops for no one.  Time is unforgiving, it doesn’t say “hey she messed up bad let’s give her a do over”.  That doesn’t exist.   It is up to us to be mindful as to how we spend our time.  We are not getting any younger.  Let’s try to make wiser decisions.  You can have fun while being smart.  Trust me, it’s possible.  Summer solstice is enchanting, it’s invigorating, and it can even be intoxicating.  For the longest time summer was my season. “Summer of Tata” one of the most magical and enthralling times of my year.  It can be just that for everyone, just be mindful that you don’t have to speak to everyone and you don’t have to entertain everyone. If they call you a bitch, just smile and say thank you.  You will thank yourself later, trust me, you will. With all of that said, go forth, drink, be merry, and be selective. 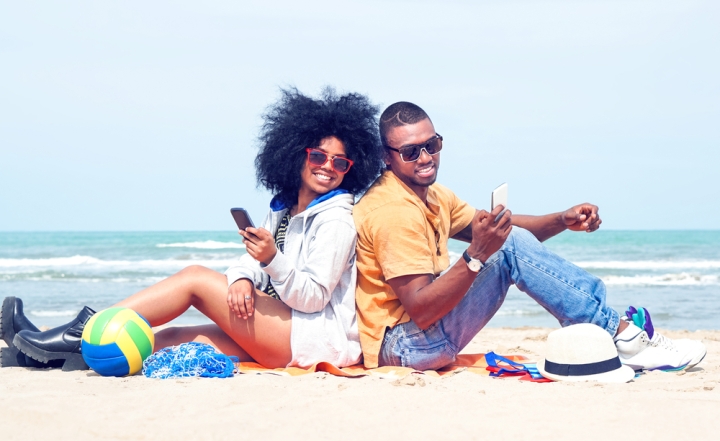