Over population has plagued the global world for decades. The earth’s resources are being depleted each and every day. Human consumption is increasing at an alarming rate; cities are over crowded which poses serious threats of sickness and disease. In response to this issue of overpopulation, some countries have decided to take matters into their own hands. Unfortunately, the method of choice involves the victimization of women. This method is called forced female sterilization.

Forced sterilization occurs when a person is sterilized without their knowledge or is not given an opportunity to provide consent. These practices are very common in third world countries where women are uneducated, poor and essentially have no other choice but to comply with the government’s demands. Forcing women into sterilization has often lead them to isolate themselves from their loved ones and society. It has provided them with a life full of grief and despair. It has also caused them to fear medical professionals, and a life full of grief and despair.

“Women from all over the world have been forced or coerced by medical personnel to submit to permanent and irreversible sterilization procedures. Despite condemnation from the United Nations, cases of forced and coerced sterilization have been reported in North and South America, Africa, Asia, and Europe. Women who are poor or stigmatized are most likely to be deemed “unworthy” of reproduction. Perpetrators are seldom held accountable and victims rarely obtain justice for this violent abuse of their rights”.1

It is alarming to see how an atrocity such as this can often times go unregulated and unpunished. How can the government turn a blind eye to perpetrators who force women into something that should be left solely to their discretion? It is undeniable that social status has always dictated in someway the mores of society. However, this issue of forced female sterilization surpasses societal mores. It is a direct human rights violation. Social status does not reduce the value of a person.

Women are coerced into these sterilization procedures because they are vulnerable. Many of these women are poor, destitute; some are widows who have no one to speak up for them. Others may come from societies where women are not valued and their personhood is based on a man. In order to ensure the effectiveness of female sterilization, many governments’ have found ways to make sterilization a precondition in obtaining employment or even receiving certain health services.

For example a young woman who is pregnant with a loathsome disease may be denied healthcare services if the young woman does not agree to sterilization. In the previous scenario the woman was given a choice and therefore gave consent to the procedure. However this consent was obtained through coercion.

The decision to have the female sterilization procedure is one that carries serious consequences. The main consequence is that a woman may never be able to produce children. This decision should be made on a voluntary basis by a woman. It should never be forced. Many countries around the world have turned to female sterilization to solve their country’s overpopulation issues. For example, in Uzbekistan, Uzbek women are forced to undergo hysterectomies, recommended to them by their doctors as an effective form of contraception. The worst part of this ordeal is that the government administers it. Under the decree, physicians must convince a certain number of women a month to have the procedure or else the physicians face fines and reprimands. Some physicians even sterilize women without their consent by secretly performing the hysterectomies when they are supposed to be doing other surgical procedures.2 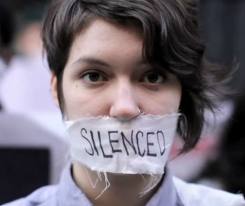 Where is the autonomy? In the study of bioethics we examine four principles, one of them being autonomy. Consent is a major part of the principle of autonomy. A person should be able to accept of reject a procedure. A person should have the right to be informed about anything regarding their body or personhood.

Here, in this example of the Uzbek women, it is noted that this life altering procedure is often administered in secret and without their consent. This is a direct violation of the autonomy principle. Some may argue that there are some situations in which overriding one’s autonomy for the greater good is necessary. One may argue that the government in this situation has a compelling interest in sterilizing their woman due to the ongoing issue of over population. However, sterilizing women to reduce overpopulation without their consent does not override autonomy.

It is barbaric and inhumane to take away a woman’s right to procreate especially under such conditions. There are human rights implications for forcing female sterilizations on the vulnerable. I find it to be absolutely absurd that carrying certain disease will get you sterilized in certain countries. For example in Namibia women who have HIV are often sterilized without their consent or under coercion. She went in to deliver her baby, but was told by doctors that because the baby was “too large,” she would have to be sterilized. Doctors stated that if she refused to agree to the sterilization procedure, she would have to give birth without medical care.

Namibia is among the third world countries that subject their woman to these forms of practices. There have been many stories of women going to the doctor’s office for treatment of a disease and leaving sterilized. Many of these women do not even have children and because of this procedure, they never will.2

Where is the justice here? Is it just to deprive a woman her right to procreate? In the United States procreation is a fundamental right that cannot be taken away. However, in these third world countries, rights are not necessarily fundamental and women are left to the mercy of the government or tribe leaders. On a global level this practice is unethical.

Some may argue that bringing a child into the word with HIV is unjust to the child. Some may go further as to say that the child did not consent to live a life with HIV. Although this argument may be valid, at the end of the day the parent has the autonomy to choose whether to bring a child into this world and they have the right to be informed about any procedure regarding their body. It is unjust to take this right away. These dangerous practices violate human rights.

In essence, forced female sterilization violates human rights. It is an inhumane practice that should be viewed as a form of torture. In order to remedy this cruelty, there must be a uniform global policy that sends the message that these practices will not be accepted or tolerated. The physicians need to understand that informed consent is necessary to medical treatment. Although this may not eradicated the problem completely, it may decrease the frequency of the practice.

1. End Forced Sterilizations http://www.thepetitionsite.com/takeaction/982/811/175/
2. In Namibia, Being an HIV-Positive Woman Could Get You Sterilized http://news.change.org/stories/in-namibia-being-an-hiv-positive-woman-could-get-you-sterilized

2 thoughts on “Female Sterilization the Morbid Solution to Overpopulation”