Imagine a vibrant young woman of 25 who has just begun her life’s journey. She has graduated from college and law school and is ready to embark on her career as a budding young attorney. She is lively with lots of friends and makes it a point to go on outings at least once a week. Up until this point in her life, she has done everything correctly and has never been in trouble with the law, not even a speeding ticket. She eats healthy and goes for her annual medical checkups.

Then one day she becomes very ill. She goes to the emergency room where she discovers to her dismay that she is in kidney failure. The doctors tell her that she has to go on dialysis. She will have to receive daily treatments for 10 hours each day. Her life is going to be severely limited. She will have to limit her daily activities. She will have to reduce her stress levels to avoid further health complications. The doctor tells her that perhaps she should even consider only working part time, severely limiting her career progression. Her only options to avoid dialysis are to not perform the treatments and accept death; or get an organ transplant. For this young woman, the first option is not even considered; the transplant is the only viable means for her.

So she asks the doctor, “How soon can I get the transplant?” His response is grim, “4 years.” Unfortunately, she is not sure that she can wait and live that long. So she asks, “Is there any other option?” That’s when he tells her that she can get a living donor and have the transplant within months. So she searches high and low, asking family members and friends. Unfortunately, no one is a match. However, she meets a young man, who is a match and willing to give her his kidney. This kidney would enable her to resume her normal life. He is willing to give her his kidney for a fee of $10,000. Now let us consider the plight of this young woman in light of the four principles of biomedical ethics. 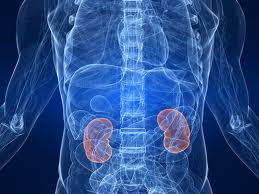 Beneficence
In considering beneficence, the moral agent must be acting on their own free will and they are “charged with determining the “good” in a specific scenario or situation, and then weighing that good against the risk of specific actions.” The moral agent in our hypothetical situation is the potential kidney donor. He is acting on his own free will and has volunteered to give his kidney away. There is no direct coercion by the recipient, and we have already established under the principle of autonomy that he has the capacity to make such a decision. However, the situation is not that straight forward when we consider that this young man is asking for money, which may suggest that he is acting of desperation. So although the young woman may not be directly coercing him, the money that she is going to pay him might be too much of an influence to reach the conclusion that that he has been able to thoroughly weigh “the good against the risk of [his] specific actions.” However, the opposite argument to this is that the young man is acting normally because people’s decisions are influence by the prospect of earning money every day.

Nonmaleficence
Primum non nocere. What harm is the young kidney patient doing by purchasing a kidney? Some may argue that because she has the resources to purchase a kidney, she is in a sense purchasing life that another patient, who has perhaps been waiting longer for a kidney, may not be able to afford. This means that the playing field in the organ transplant game will not be level. For those who cannot afford to purchase a kidney, does this mean that they should die prematurely as a result? Is denying them a kidney because they do not have the means to purchase a readily available one not doing them indirect harm? Who is to say that the person with financial means has a life that is more valuable that one without it? The opposing argument to that is that it is very likely that but for the enticement of the $10,000 that the young man is requesting, he would not be offering his kidney to the young woman. Therefore, no one may benefit from this lifesaving donation. Those who cannot afford to pay for the kidney may die as well as those who are in a position to afford it. How is denying two people, instead of one, a life saving measure not doing any harm? Denying this hypothetical young woman a transplant now, does not increase the donor pool for another kidney patient. They will likely still have to continue to wait before they receive a new kidney.

Justice
“An unjust law is no law at all.” When considering the principle of justice, we must “addresses the questions of distribution of scarce healthcare resources, respect for people’s rights and respect for morally acceptable laws.”
Organs are indeed a scarce resource and therefore we must consider if by selling a part of your body, people’s rights are being respected. Is limiting the sale of organs by people with autonomy and no intention to do any direct harm really showing respect for people’s rights? I would argue that it is not. At the heart of respecting people’s rights, we must bear in mind that the decision to sell and purchase this organ was made by two autonomous individuals who have reached an agreement that they both believe will mutually benefit them—the buyer will be afforded the opportunity to live, while the seller will be more financially secure. In fact, by denying the right for them to engage in this transaction, we are disrespecting their right to make decisions about their bodies. People make decisions about their bodies everyday without interference, so why should the sale of organs be any different? We are allowed to choose to sell our blood or even be a surrogate for another person, without interference from the government; selling your organs should be no different.

Then we must consider the issue in justice that deals with having morally acceptable laws. It is difficult for me to understand why the sale of organs is amoral in the eyes of the law. The purpose of the law is to protect us. By inhibiting the sale of organs from living donors, what protection are we providing? Are we preventing people from cutting up their bodies for financial profit? A noble gesture, but at the same time that law may lead to the recipient’s demise. Is a law that may lead to death truly moral?

Conclusion
I would agree with John Harris that “[t]he principles are neither sufficient nor always a useful way of approaching ethics. Instead, …[the] principles become nothing more than a checklist.” An issue such as the sale of a kidney cannot be boxed into one of the four principles. There are many grey areas that do not fit neatly into this schism. I believe that people, especially those enduring life-threatening illnesses, should have a right to life. The ability to purchase a kidney would be an exercise of that right.